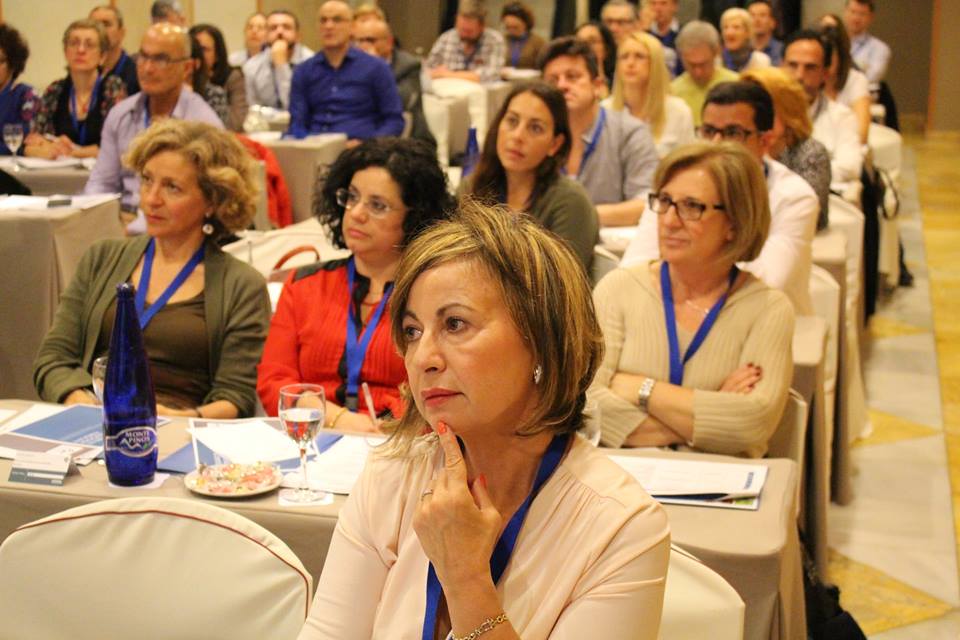 This week both the extraordinary general assembly and the 2016 Convention of FEDELE have been held in Madrid. For the first time ever, the Convention was held as a separate event and not as part of the Annual Meeting.

At the extraordinary general assembly which preceded the Convention the new governing body was elected and this will again be led by María del Carmen Timor. During the meeting questions of great concern to the private sector of Spanish teaching were discussed such as FEDELE’s report on the sector; changes to the brand image of the federation; the next events to be organised (ECELE and the Annual Meeting); the results of the DELE and CCSE exams etc.

On the 12th and 13th of May the FEDELE Annual Convention was held with a full programme of information and training aimed at member schools.

The meeting began with an official opening by the Federation president, followed by the presentation of the plan of action given by the manager, Ana Cózar, and the treasurer’s report which was given by Javier Torres. Guillermo García Vicente, of Telefónica Digital, then gave an introductory session on SIELE, the new evaluation system.

After lunch on the first day there was a presentation by Ángel Sánchez, professor at the University of Alicante, which dealt with different financial aspects affecting language schools.  Thursday closed with a workshop on communication and marketing organised by the company Lenkua.

Friday began with a very practical presentation by Ignacio Sampere, lawyer and lecturer in law at the Carlos III University in Madrid, of the agreement on non-regulated training.  This was followed by a workshop on working as a team given by Fernando Cembranos.

The morning session ended with a presentation given by David Ruiz on student visas.  The Convention ended with a round table discussion between the representatives of the member associations on the evolution of the Spanish as a Foreign Language sector in our country.