Day of The Cross in Granada 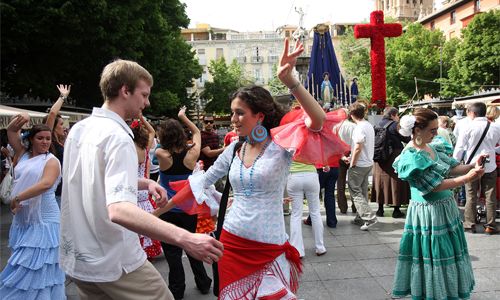 El Día de la Cruz is one of the most picturesque fiestas in the province of Granada.  History tells us that in 1625 an alabaster cross was erected in the neighbourhood of San Lázaro and the act was celebrated with dances.

At the beginning of the 20th century, in the neighbourhoods of Albaicín and Realejo, children would construct small altars with a cross.  The altars were decorated with red and white carnations, embroidered shawls, china dishes, copper cups and an apple with a pair of scissors stuck into it.  Around the altars, the children would ask for money – for a chavico.

Nowadays competitions are held with different categories and prizes for the decoration of streets, patios, squares, shop windows and schools.