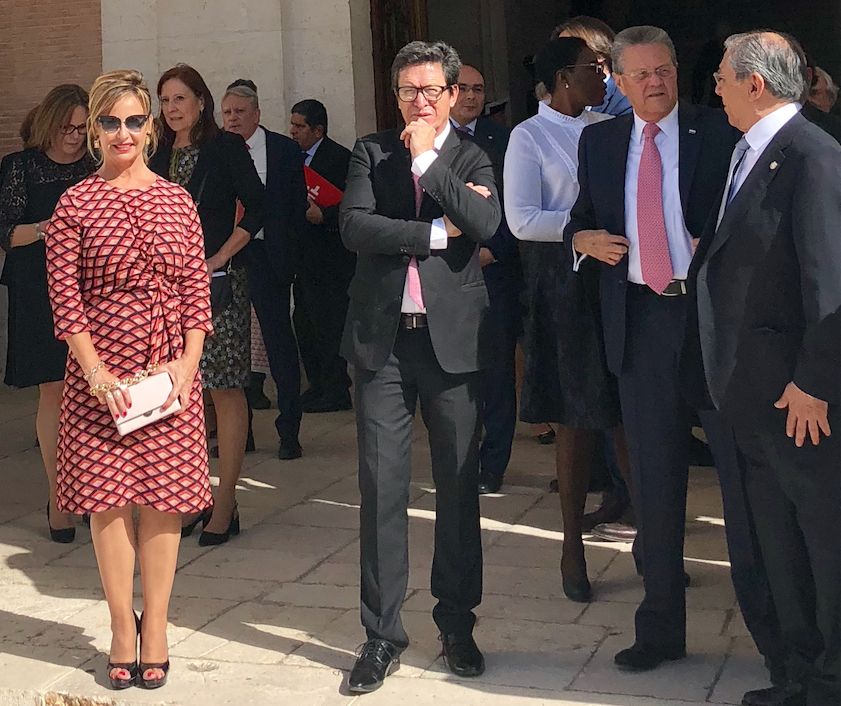 Mª Carmen Timor, president of FEDELE and trustee of the Instituto Cervantes, was once again invited to the Honorary Board of Trustees meeting as the representative of FEDELE. The meeting was chaired by His Majesty Felipe VI and took place on the 8th October at the Palacio de Aranjuez.

Mª Carmen Timor was honoured to meet with various new trustees of the Instituto Cervantes, as for instance Roberto Fernández, president of CRUE (the Conference of Vice-Chancellors) and Vice-Chancellor of the University of Lérida. She had a long conversation with him about the role of international language schools under the auspices of FEDELE member schools and universities.  A channel of communication has been opened up and more meetings are expected in the coming months. The president of FEDELE also met with the Secretary General of the Instituto Cervantes, Carmen Noguero, who expressed great interest in getting to know at first-hand the workings of FEDELE.

The director of the Instituto Cervantes, Luis García Montero, spoke of various important projects including the first steps towards opening a centre in Los Angeles in the United States; the creation of a “Cervantes certificate” to accredit the training of teachers of Spanish as a Foreign Language and the creation of a body to bring together all the Iberoamerican institutions teaching Spanish language and culture. The director also mentioned that the Instituto Cervantes has medium-term plans for opening a centre in Washington, as the federal capital of the USA.

Amongst various other topics was a review of the statistics of the last academic year: the Instituto Cervantes has a centre in 87 cities in 44 countries; nearly 140,000 enrolments in Spanish language (some of them in c0-official languages); 109,000 students sat the DELE exam; 8,000 people enrolled for the new SIELE diploma; 67,000 for the CCSE (knowledge of the constitution test for obtaining Spanish nationality); 4,700 cultural activities were held and there are 1,200,000 followers on social networks.