The Night of San Juan in Valencia’s beaches 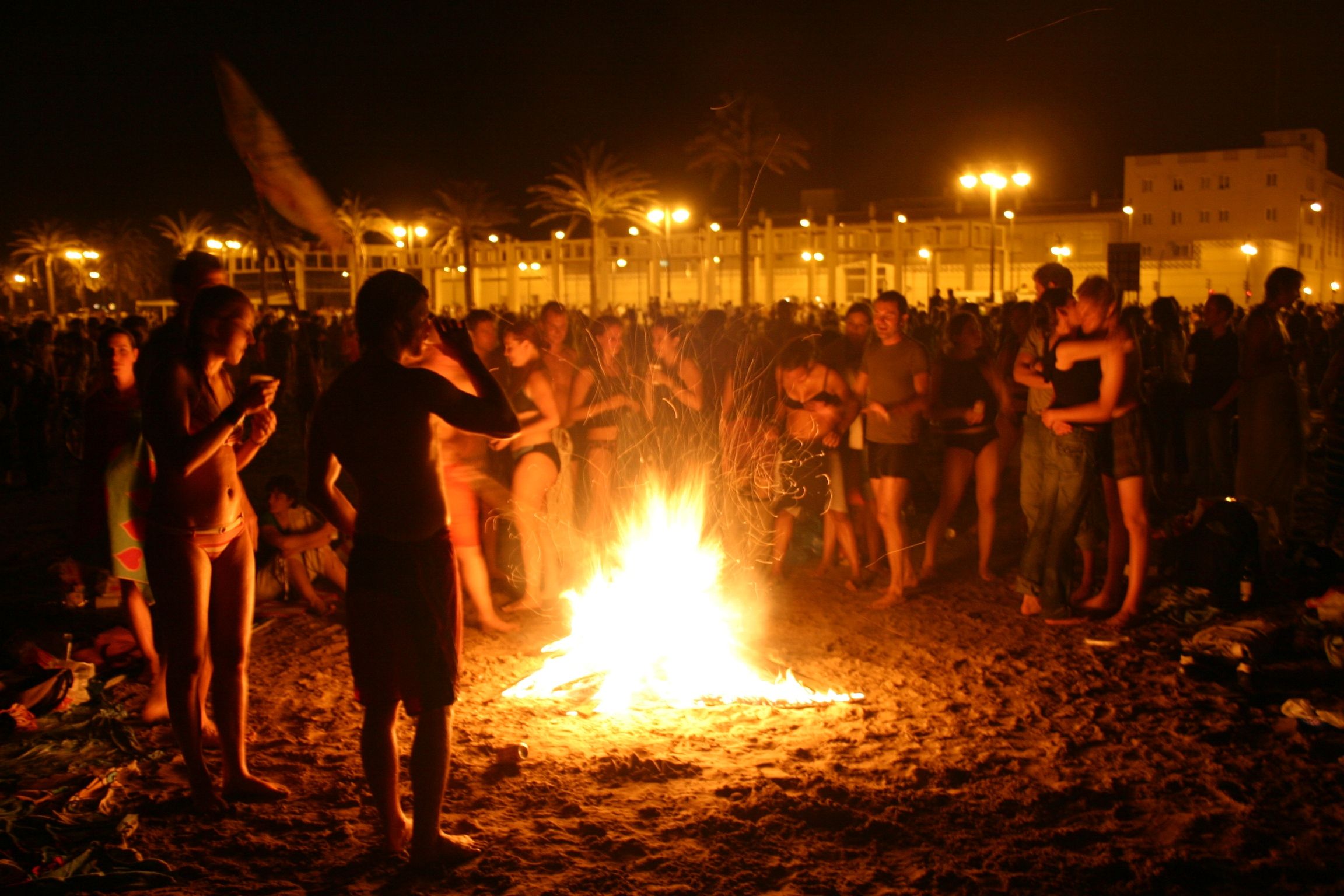 Valencia, as we all know, is the city of light and especially of fire. And it is with fire that the people of Valencia celebrate the most magical night of the year : the Night of San Juan.

The Night of San Juan is celebrated on the 23th/24th June, the shortest night of the year, in many places throughout the world.  This night has always been considered magical and has been celebrated since ancient times with fire and different rituals.  Fireworks, which are so typical of Valencia, are, of course, indisputable protagonists.

The enormous popularity of this very special fiesta means that it is celebrated by thousands of people on beaches up and down the country and Valencia is without a doubt one of the cities with the longest tradition of celebration.  Hundreds of people meet up on Malvarrosa beach to light bonfires and make wishes together with friends and family.

The celebrations don´t just take place in the capital but in all the coastal towns, for instance Puçol, where people gather together to enjoy the night.  Valencia is, however, the most popular place, and therefore the place where most people congregate.

The initial ritual begins as the sun sets when, as tradition requires, people to take a swim and make a wish.  This swim is said to bring good health for the year ahead and to eliminate negative energy.  After this the bonfires are lit and Malvarrosa beach becomes a scene of light and fire.  Nearly everyone begins to prepare the supper which will later be cooked on charcoal.  Some people will accompany the lighting of the fires with a good sangria or a cold beer, also very typical.

But it is at midnight that the fiesta reaches its climax.  At twelve o´clock midnight everyone approaches the shore either to wet their feet or to jump the waves while they make their wishes for the summer.  Afterwards, when there are only coals left from the bonfires, there will be many people who are brave enough to jump over them.  Tradition says that whoever jumps over the coals will be protected for a whole year.

All this and the fact that Valencia is the perfect place for a magical night, makes the Night of San Juan a perfect opportunity for students of Spanish to get to know a little more about Spanish culture, to celebrate with the local people of Valencia and to learn Spanish at the same time.