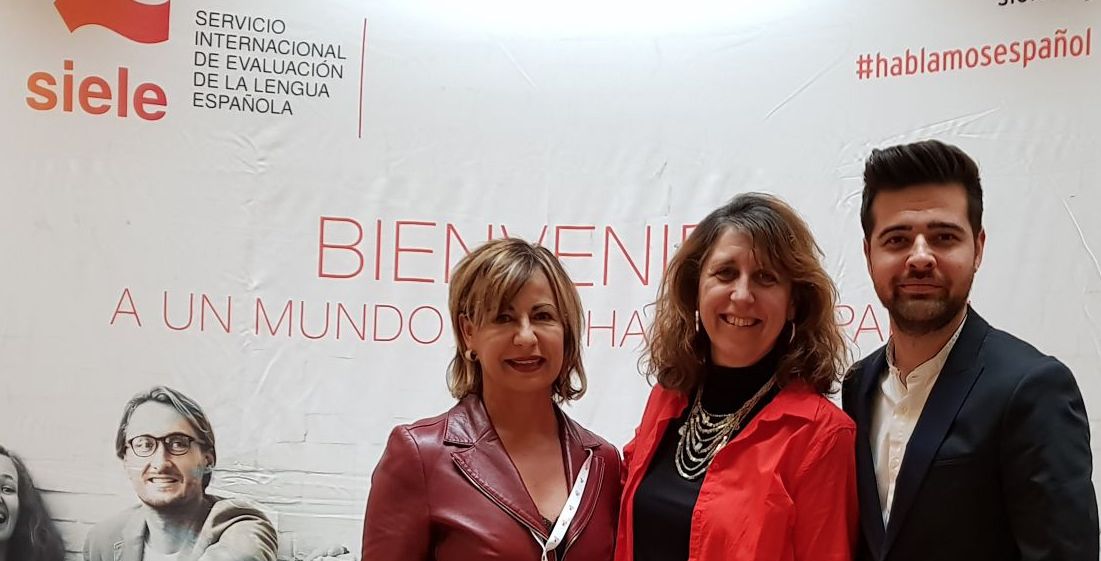 A few weeks ago Mari Carmen Timor, the president of FEDELE, and  David Trigo, the manager, took part in the 2nd Meeting of Universities and Institutions affiliated to FEDELE, an event entitled “New actions and challenges for the International Service for the Evaluation of the Spanish Language”, which took place in Salamanca and was part of the celebrations of the 800th Anniversary of the University of Salamanca.

Also attending the event were the Vice Chancellors of Academic Policy and Public Participation and of International Relations at the University of Salamanca, Enrique Cabero and Efrem Yildiz; the Director of the School of Spanish as a Foreign Language of the UNAM (National Autonomous University of Mexico), Roberto Castañón; the secretary for Academic Affairs at the University of Buenos Aires, María Catalina Nosiglia and the Director of the Instituto Cervantes, Juan Manuel Bonet. Other participants in this international event included TED (Telefónica Digital Education) a technology partner of SIELE and 80 representatives from more than 40 universities, 19 of which were Spanish and 20 from Latin America.

FEDELE is lending its support to the SIELE evaluation system which in 2017 registered more than 4,500 enrolments from people of different nationalities, mainly from Mexico, Spain, Brazil and China. There are currently 602 examination centres throughout the world, principally in Brazil (214) and in Spain (141).

For more information on SIELE, see their webpage.